Welcome to the Manchester United Wiki

Manchester United Football Club is a professional football club based in Old Trafford, Greater Manchester, England, that competes in the Premier League, the top flight of English football. 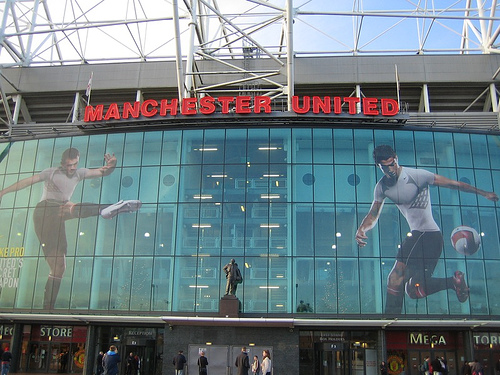 In 1998–99, the club became the first in the history of English football to achieve the treble of the Premier League, the FA Cup and the UEFA Champions League.

Retrieved from "https://manutd.fandom.com/wiki/Main_Page?oldid=3243"
Community content is available under CC-BY-SA unless otherwise noted.